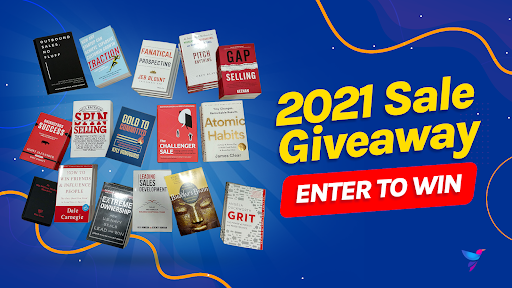 What 5 years of performing standup comedy taught me about using stories to sell. 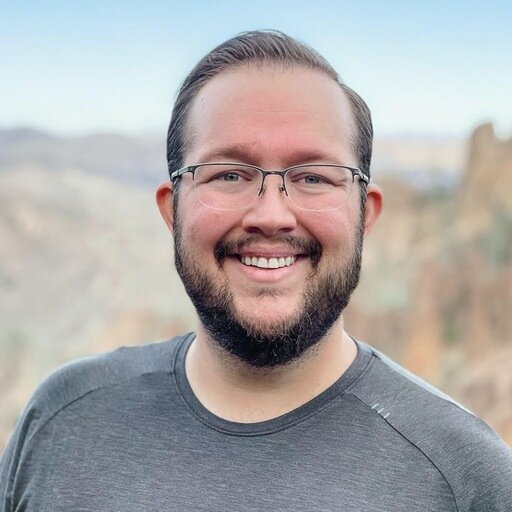 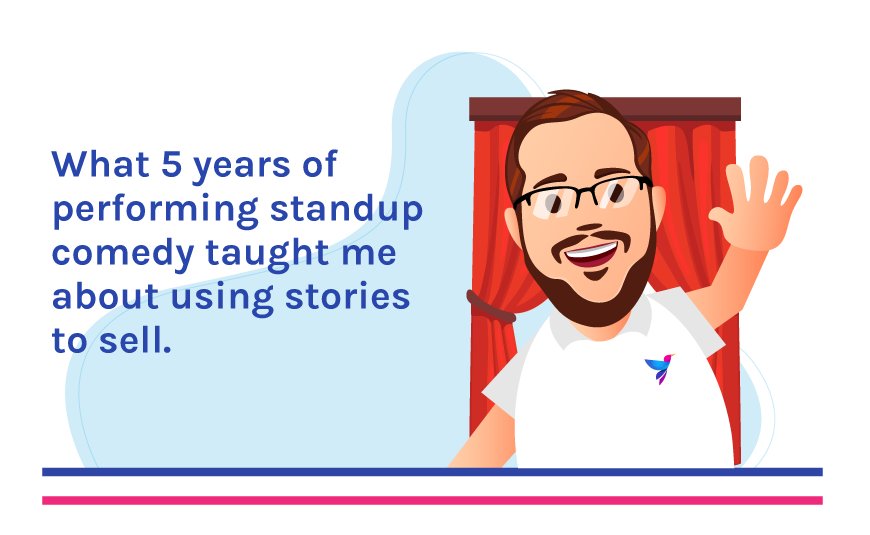 When I was a younger man I dedicated 5 years of my life to performing stand up comedy. To this day Standup comedy is one of my deepest passions and I have used the skill throughout my career to connect with people quickly. Between the ages of 17 and 22 I performed everywhere I could, including well known comedy clubs like Cobbs SF, Punchline SF, and The Comedy Story in LA. If there is one thing that I have taken away from my time as a comedian and applied in the business world, it would be the power of story.

Most would agree that stories have a powerful impact when selling; from building rapport, to giving an example of the value you provide, stories have a lot of applications. For being so important, it seems like not a lot of people are good story tellers. Because of this observation I wanted to take some time in this article to touch on some the basics of constructing a story. If you enjoy this topic, please comment below and if enough people are interested I will create more content on this topic.

The first thing you need to know about constructing a story is there has to be an actual point to telling it. You don’t want to tell a story if there isn’t a point to make, it must aid in the sale. Trust me, a C-level executive isn't interested in hearing your story about a restaurant you went to nearby his/her office. The ability to create compelling stories takes a lot of practice and can be complex at times. Lucky for us, we aren’t trying to write a novel. There is a basic structure of a good selling story—characters, situation, problem, solution, question. Let’s take a look at each part.

The reason why a selling story can be effective is because it captures the attention of the prospect and gets them to forget they are on a sales call. Selling stories are great for making a point that helps you persuade the prospect later on in the call when you are asking for a next step. In order to accomplish this, we must follow the structure above to make sure that we hit all the components that go into a selling story. Let’s walk through an example of a story built using this structure.

CHARACTERS “It’s funny you brought that up. Last week I was speaking with one of our long time clients. She’s been the director of customer support for 30 years at ABC company and trust me, she will make sure you know about it.”

SITUATION “She was telling me how things used to be early in her career. Her team consisted of 30 customer support reps. It was her first time in management and she felt a little over her head.”

PROBLEM “One of the issues that kept coming up for her was that the customer support reps would not update all of the information that they were supposed to when completing a ticket. She kept reminding them but they still forgot. Have you ever been in a similar situation?”

SOLUTION “She came up with a simple idea that she was very excited about. She went to Kinko’s and had a checklist printed for every rep, detailing each step required when completing a ticket. She had the list laminated. I guess that was the thing to do back then. Anyway, she put the checklist on the desk of every one of her reps and that solved most of the problem. She told me the reps were forgetting to input the data because they didn’t have a process for completing a ticket. What I learned from her is that simple ideas can have a huge impact.”

QUESTION “Anyway, I thought her story was great. I’m curious about your process though. What have you tried to get your reps to input data into the system?”

The above story follows a structure to make a pretty obvious point, simple ideas can have a huge impact. In the situation where you sell a simple product that boasts a large impact, this is a great example of a story to tell. What you must do is decide on the point you are trying to make and constructing a story that is engaging. There are a lot of variables that are involved in how engaging a story is. Tone, content, timing, and rhythm just to name a few. Below I have put together 3 basic tips that I believe will help you create better stories.

Your story should relate to your prospect, If it doesn’t they won’t listen to a word you’re saying.  The introduction to your story needs to get the prospect to visualize themselves as the person in the story. Of course, relating to the prospect’s situation is the broader concept that applies to your entire story as a whole. The reason why we want to specifically start our story off with something that is relatable is because we want to grab the prospect’s attention and get them to listen and visualize.

Your story should draw a comparison. The comparison should be between your prospect and another person who overcame the situation that your prospect is in. It is very common to feel like problems are unique when that is typically not the case. Making a comparison is a great way to show the prospect that they are not alone and that there is a solution to their problem. However, be genuine. Do not tell a story of a person who had a problem and bought your solution, your prospect will see right thought that.

Your story should illustrate the solution to the problem. When telling a story about someone who overcame a challenge, it’s important to explain how they were able to do it. This does not mean you should start pitching your product or service. It’s not the time or the place for that. Simply explain how they were able to overcome the challenge and, when it’s time to talk about your product or service, a connection will be made. 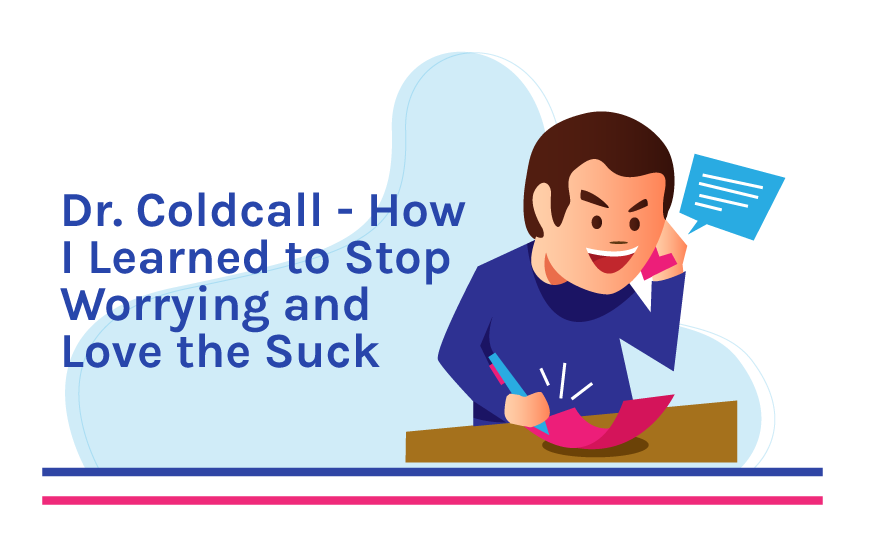 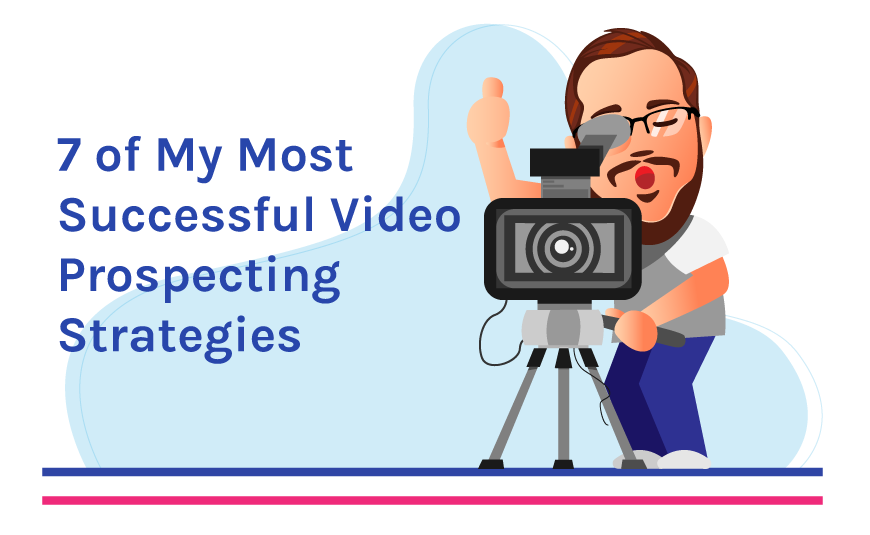 7 of My Most Successful Video Prospecting Strategies 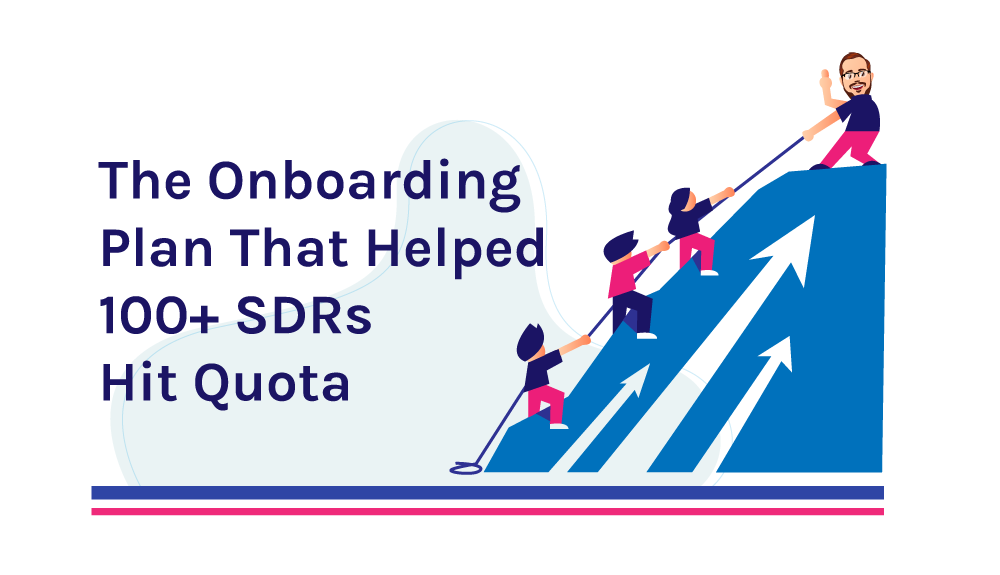 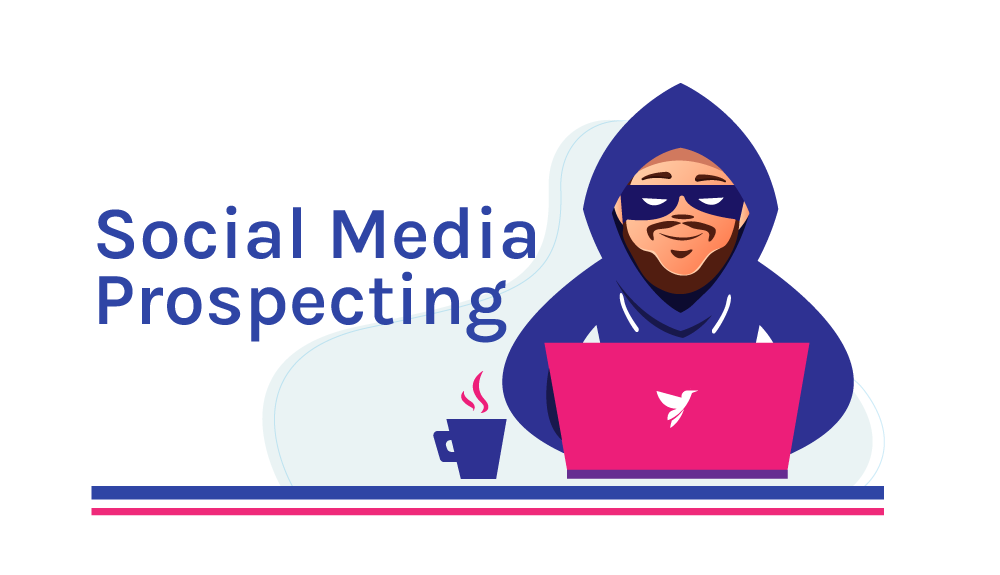